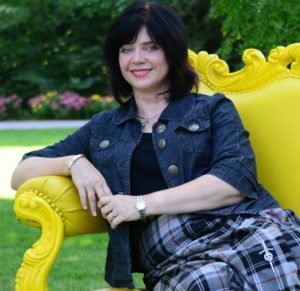 ou have a small mouth,” uttered Jennifer’s dentist, and she has not heard such an assessment since. As an expressive child, Jennifer found her niche in 4-H public speaking contests, going on to win the Rhode Island 4-H state championship in her teens. Not long after, she found herself behind the microphone at WARV-AM, Warwick, RI, learning all aspects of the radio business that included overcoming a heavy southern New England accent. After earning a MS in broadcast management, she was appointed manager at WFIF-AM, Milford, CT (Blount Communications), and WRMB-FM, Boynton Beach, FL (Moody Radio), becoming the first female station manager at both networks. In 2014, Jennifer became Moody Radio’s first Director of Research & Learning, as well as one of the first two females appointed to Moody Radio’s Leadership Team. She completed her education with an EdD in Organizational Leadership, minoring in human resource development.

In addition to the copious radio copy produced over thirty years in radio, Jennifer has been published in NRB Magazine as well as Wireless Age. As the Executive Producer of Trans World Radio’s Women of Hope program, Jennifer’s scripts have been adapted in over fifty languages that still air around the world.

Jennifer’s love of scholarship has taken her into the university classroom where she taught both radio and leadership courses. Her work has taken her to over thirty countries. Jennifer met her husband Jack, a radio engineer, through eharmony.com. They were the first couple engaged in Florida through the service. Together, they share their home with two rescued pugs.