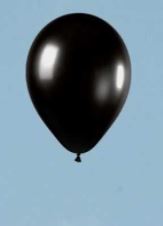 When the alarm sounded at 4:30 AM, I admit that my first thought wasn’t, “Oh, boy, are we in for a treat today!” The only treat my body wanted was to go back to bed. Today, though, there was no hitting the snooze on my chiming cell phone and rolling over. Applying my mind over my own matter, I rose and prepared for the day. The truth was, I was in for a treat in the form of a learning experience.

The sun was just rising as we arrived at the small local airport and was warmly greeted by my friend Daleen, who, along her family, formed the lighter than air team called, Ain’t Solo.  Other ballooning teams were arriving as well, some in trucks, some with SUVs, pulling their trailers behind them. Daleen hopped into the back seat of our car, and explained we would be leaving the airport to find another place to launch. The airport would instead be the final destination and also the location of a competition that balloonists sometimes play by dropping beanbags on targets. Soon we were following the Ain’t Solo team out of the airport, in search of an appropriate launch site. That was the first lesson of the day: Don’t expect that you’re going to land where you launch. The journey could take you anywhere the wind is blowing.

Two sites were selected, then summarily rejected. At the second site, I watched as the several balloon teams gathered to get further instructions from the Balloon Meister (an experienced balloon pilot who makes the determination if the weather conditions are safe for launch and plans which tasks will be used for the competition). Then the group launched what seemed to be a small black party balloon, and all eyes followed its path up into the sky. Daleen explained to me that this balloon was called a “pi-ball.”

“A pi-ball,” she maintained as if she hadn’t said anything that wasn’t a part of everyday English. Sensing my confusion, she elucidated, “Pilot balloon. Pi-bal is the first two syllables of pilot balloon.” Whichever way the winds pushed the pi-ball would be the same way the hot air balloons would travel. That was my second lesson of the day.

The crowd of licensed balloon enthusiasts watched the pi-ball ascend, commenting on its twists, turns, trajectory, and tempo. As the small, dark balloon bid the earth adieu, so the gathered aeronauts bid the location goodbye. They had clearly received the silent signal from helium messenger seen against the brightening morning sky. As the balloon ascended higher, they also could see how the various layers of air treated the pi-ball. In this case, the wind appeared slow, and it was moving in a direction away from their intended destination. The balloon pilots would need to find another location for a successful launch, travel, and landing near the airport.

I would hate to think what would have happened to all of those balloonists, if, in their enthusiasm to get their balloons aloft they had skipped the lesson the pi-ball had to share with them. For example, if the winds were against them, the balloon would be driven away from their intended landing point, disrupting their goal of hitting the targets waiting for them at the airport. If there was no wind, the flight would have consisted of a brief trip up, followed by a brief trip down. Imagine putting in all the work that goes into setting up the ballooning equipment and inflating a balloon and all you have to show for it is a different perspective of the ground. Balloonists love to travel and let as many people on the ground enjoy their colorful display. Most important lesson of the day: Send up your pi-ball before you inflate your balloon, climb into the basket, risking your own neck.

View all posts by Jennifer Epperson

2 thoughts on “Pi-balls and pioneers”

You can purchase the book at either
Barnes and Noble or on Amazon.